But instead, on a recent Monday morning, the 32-year-old entrepreneur logged onto a platform called NBA Top Shot and, with a few friends, spent $208k on a video clip of LeBron James dunking.

Schwarz doesn’t get the broadcast rights to the clip, or even a physical copy of it: He owns a few lines of code that prove he’s the owner of a unique digital asset.

“My family thought I was crazy,” he tells The Hustle. “But I’ve never been the kind of person who invests in traditional things.”

His purchase is one of several bafflingly expensive digital collectibles sold in recent weeks, including:

These assets, called non-fungible tokens (NFTs), have courted an explosion in interest that we haven’t seen since — well, GameStop.

NFTs have caught the attention of tech investors (Mark Cuban), the high-brow art world (Christie’s auction house), and major corporations (Nike) alike. And everyone from Lindsey Lohan to the rock band Kings of Leon is flooding the market with high-priced virtual creations of their own.

But what exactly is an NFT? What makes them so valuable? And what might the future hold for these digital assets?

Let’s start by breaking down the 2 key words here:

So, in simple terms, an NFT is a documentation of ownership of a one-of-a-kind digital asset.

An NFT can represent any kind of digital asset: a piece of artwork, an audio file, a video clip, a plot of virtual land.

The NFT isn’t actually the piece of artwork itself; it’s a piece of code on a digital ledger (blockchain) that points to where the artwork lives — usually on a server somewhere else.

In the physical world, you go out and buy a Hot Wheels collectible at a store, or an online marketplace like eBay. You pay cash — more for a rare one, less for a common one — and in return, you receive a tangible object made of metal and plastic.

Here’s what that (simplified) process would look like in NFT form:

Why go through all this trouble to create some digital asset when you could just buy a real Hot Wheels car? What’s the value-add here?

By publishing a work on the blockchain, the artist is creating an immutable, verifiable public record of its authenticity.

Take CryptoPunks, one of the first NFTs, created back in 2017.

Only 10k CryptoPunks were minted — each one a simple character with a set of unique traits. For any given punk, you can view a full transaction history of bids, offers, sales, and ownership records.

We can see that the most coveted punk, #6965, originally sold for $1.1k and switched hands a few times over the years before fetching the princely sum of 800 ETH a few weeks ago (~$1.5m at the time).

Cheers to whoever bought this thing in 2018 for $3k and sold it 2.5 years later for a 511x return. Note: the price reflects how much Ethereum was worth at the time of purchase. (Zachary Crockett / The Hustle)

That someone shelled out $1.5m for a piece of code designating them the owner of a pixelated ape wearing a fedora seems to defy any semblance of rational market behavior.

After all, the image above can easily be captured with a screenshot, downloaded, or recreated by any Redditor with access to Microsoft Paint.

So what makes this thing — or any NFT, for that matter — valuable?

Why NFTs are booming

It may seem like NFTs came out of nowhere, but they’re an innovation that has been in the works for several years:

But in the first few months of 2021, we’ve seen an NFT explosion.

This can largely be attributed to one platform: Dapper Labs’ NBA Top Shot, which launched in October of 2020 with the basketball league’s backing.

On Top Shot, users can purchase digital packs that contain NFTs called “moments” — short video clips of NBA highlights, like a memorable dunk or steal. Like physical trading cards, some moments are common (1k+ copies) and some are extremely rare (1 of 1).

Caty Tedman, the head of partnerships and marketing for Dapper Labs, tells The Hustle that the platform now has 511k registered users and $301m+ in sales only 5 months into operation.

Experts The Hustle spoke with say the rapid rise of NFTs like Top Shot is a perfect storm of a few larger trends:

“People are realizing, ‘Wow, I can do all these things — meetings, happy hours, whatever — virtually,’” says Hrish Lotlikar, CEO of an AR-based metaverse called SuperWorld. “That gives way to, ‘Wow, I can buy assets virtually too. I don’t need physical money.’”

SuperWorld is part of another burgeoning space in the NFT world: virtual real estate.

On the platform, Earth is split up into 64B parcels of land — each an NFT with a set of unique coordinates — which can be bought by users and monetized with virtual ads.

Similar worlds, like Decentraland, have seen massive growth in recent years. At launch in 2017, parcels would go for $100 a pop; today, they can fetch up to $80k. Last month, an anonymous buyer shelled out $1.5m for a 9-block virtual estate on the gaming platform Axie Infinity.

“Buying land today in virtual worlds feels a lot like buying land in Manhattan back in 1750,” writes Janine Yorio, head of real estate at the online investment platform Republic. “It is also insulated from the COVID-induced volatility of the real-world real estate industry.”

But the question of “value” remains.

Of course, the same can be said of any physical collectible.

An original 1960s Hot Wheels car is made up of a few pennies’ worth of metal and plastic, but it might sell for upwards of $50k on the market. A painting — some wood and pigmented oil — can fetch millions.

Like most things in the world, the value of an NFT comes from extrinsic, not intrinsic, factors, including:

Many NFT collectors see a future for the tokens in increased “real world” integration.

With Top Shot, for instance, we may see NBA players offering court-side seats and meet-and-greets in exchange for certain moments.

Inside of the virtual world Decentraland, Decentral Games is building a virtual casino where people can play poker tournaments. Buying (and wearing) certain NFT clothing items — say a digital $1k jacket — will get you a seat at certain high-roller tables.

But ultimately, an NFT is only worth what someone else will pay for it.

And that makes the future a bit uncertain

In the wake of several high-profile NFT sales from well-established artists, a glut of lesser-known artworks have flooded the market.

Some critics have raised doubts that NFTs are just a fad driven by hype, similar to 2017’s initial coin offering (ICO) bubble. Others have stated that the massive influx of buyers and sellers will eventually taper off, and only truly rare, desirable NFTs will retain value.

“A lot of people tell me, ‘I can watch the same clip on YouTube for free,’” he says. “Anyone can watch it. But there’s only one original verified by the blockchain, and that scarcity is what makes it valuable in the long-term.”

His NFT is one of only 49 moments from Top Shot’s co-called “Cosmic” set, and it’s the only LeBron James clip in the series.

“It set a record for the most expensive sports NFT, but in my opinion it was the best value buy on the whole market,” he adds. 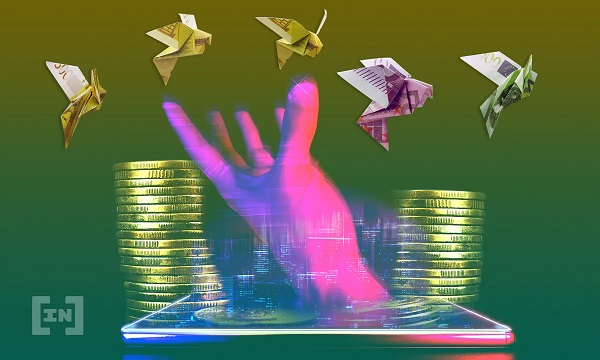 Understanding NFTs & Their Impact On the Arts