I’d say it started in the Bubble.

That’s when we first started to see how this whole thing could come together.

The thing about the Bubble, and an environment like that, is that everyone is going to react to it differently. It’s intense. It’s isolated. It’s 24/7.

It’s almost like it’s this test for the bonds you have with people, being around them so much. Like — ain’t no “showing just your good self” when we’re always around each other. Ain’t no faking that sh*t. But it’s cool in a way. It’s like, OK….. I’ve seen you at breakfast after you woke up on the wrong side of the bed, and you’re just an a**hole that day. And you’ve seen me act the same. Alright, now we know — and it’s still love. It’s a brotherhood.

I think the Bubble is where we found out that this group we have, it’s a group of basketball ADDICTS. You know what I’m saying? Like, there’s talented guys everywhere in this league — but just being talented, it doesn’t necessarily mean you’re about that eating sleeping breathing hooping life. Our team….. we’re about that life. And that’s the energy we tried to put forward as a unit. That energy of: let’s be hungry, and let’s be thankful. Let’s live for this sh*t.

It was like they just threw us into these crazy waters — all these good teams, no free W’s, every night is a war. And with each game we played, it’s almost like we gained a whole new level of confidence. Where like at first, we’re just honored to be a part of it, right?? But then from there, we’re seeing: OK, we can hang. And then from there, we’re seeing: Actually, we belong. And then by 5, 6, 7, 8–0….. it’s like our confidence reached the highest level it can get to. Where it’s not really even confidence anymore — it’s straight-up belief. It’s like we got to the end of that Bubble and we realized, hold up. We’re not just swimming with the sharks out here.

And I’m telling you, man, the moment we realized that, it was just like….. everything snapped in place. We went into last off-season with a focus. We smelled blood in the water. Myself, Book, Mikal, Cam, Cam, Jevon, Dario, Frank — the whole squad. No one even understood how hungry we were.

I think they understand now.

It’s funny….. I remember talking with our GM, the great James Jones, right after the news broke about us trading for CP. And James, you have to understand, he’s just one of these people who has that type of cool about him, where he speaks things into existence. It’s like he’s just knowing things. It’s hard to explain. But anyway, he’s talking to me about Chris, and he’s like, “DA — this is about to be great for you.”

And like I said: James speaks things into existence.

Everything he said about Chris, man, I’m telling you….. it came true.

It’s almost like there’s these two sides to the coin of having Chris Paul on your team. On one hand, it’s a huge honor. I’ve learned so much from him — stuff I didn’t even know I didn’t know. He’s such a great player. An incredible leader. That true vet. I mean it’s Chris from State Farm, you know the deal. But then there’s also this other side of him as a teammate….. and to be honest it’s the side that I gravitate to even more. Because it’s the side of him that’s just like me.

It’s the side of him that’s an INSANE, freakish, competitive motherf*cker.

Like that to me has been the most lit part of Chris coming on board. He’s fearless!! He’ll set the tone however he needs to. He’ll push your buttons. He’ll get under your skin. I remember one of our first practices together, we started playing one-on-one, nothing too serious….. and then suddenly it’s like, fast-forward, they’re breaking the game up. I think it was four apiece — and no lie, they wouldn’t let us finish. We were just coming for each other’s throats too much. They were just like, Nah. Nope. Wayyyy too competitive. Y’all are done. HA!! I love that sh*t, man. I love having CP around. He’s really that dude.

And so you take a Hall of Fame Point God, plus a vet like Jae, and you add that to our young pack of sharks that was ready to EAT for an entire off-season? And you also give us a head coach like Monty, one of the best in the world?? Let’s be honest: That’s a problem.

That’s a problem for the rest of the league.

One thing I love about this team, it’s our energy. There’s a discipline to it. It’s that good balance, where it’s like — we keep it serious when it needs to be serious. But we also make it easy for each other to stay loose.

Actually, let me put that less politely: We’ve got a team full of damn trolls.

And anyone is liable to get trolled at any moment.

I’ll start with myself, because I need some justice from these fools. Alright so the one thing I hate — hate — more than anything else, it’s being called a “big man.” Because to me it’s like….. what kinds of things does a big man do?? Not all the things I can do, that much I know. I’m bringing much more to the table than that. So I don’t want to be called a big man, or Big Man, or Big Fella or any of it. Big Fellas, they got nothing on me!! Recognize the versatility, my God.

Anyway….. the second I made that known, it was a huge mistake. Mikal, Jevon, all them trolls — they never let me hear the end of it. Calling me a “big” now every chance they get. I’ll be in the group chat, it’s “what up big fella?” Or when Coach is splitting us up in practice between guards and bigs, it’ll be like, Where should DA go?? Or like, Ohhh you mean “DA and the bigs,” not “the bigs,” right??? It’s hilarious. I mean, I hate it, but it’s hilarious.

Probably the biggest victim to the trolls all season was Monty.

So then one day we’re watching film, and along with it sometimes there can be like a PowerPoint that Coach has put together for us — a bunch of slides with these messages for the team, you know, “Stay locked in,” that kind of stuff. Those classic inspirational type quotes. But on this particular day, after those slides, for some reason there’s this one extra one.

And then right as the slide hits, out the loud speakers it starts playing the song, you know, “We Dem Boyz.”

We’re confused as hell. “We Dem Boyz”?? None of us has any clue why he put that there — and as the last slide, too, as like this big moment with the music. Man it’s SO random. Then on top of that, Monty isn’t even around to explain it!! So now we’re just sitting there, in the film room, everyone trying to figure this sh*t out, with “We Dem Boyz” blasting out the speakers.

Then finally one of the assistant coaches came through with the intel. Here’s what had happened: All those times, all season long, when we were saying “The Voiiiiiice”….. it turns out Monty had thought we were saying “We Dem Boyz.” Deadass.

But we had no choice.

We trolled him for a month straight.

Anytime we saw him, anytime he was around, we would hit him with, “WEEEE DEMMM BOYYYZ.” Had ’em play it on the sound system in the arena for us and everything. It was relentless. It was beautiful, though.

I’ll tell you another thing about it, too — and it’s one of the most valuable lessons I’ve learned during my time in the league. I’ve learned that it’s that type of culture we’ve got here, where we feel that closeness, where it feels like family, where we can all be having these jokes and these little moments….. that’s all part of building the same trust that goes into what we’re doing on the court. That all flows in and out of each other.

And that’s a credit to having a leader like CP for sure, and having vets like Jae in the building — and I like to think that us guys who are becoming younger vets, like myself and Book and Mikal, we’re contributing to that culture as well.

But being real: Phoenix Suns culture — all of that good energy we have in place?? It starts at the top. It starts with Monty and with James.

And I’ll even say one other thing: It starts with our ownership making the decision to give those opportunities to a Black head coach, and a Black GM.

I know firsthand what a great job those guys have done here — and it means a lot to me to be a part of it. And as a Black NBA player, it’s most definitely aspirational for me as well. To see two Black men who started out where I am, now filling those roles and succeeding at the executive level of the league I’m playing in, and the team I’m playing for….. it’s everything.

And speaking of success — that’s just what we expect now.

It’s just who we are. If we win a game, OK, great. But then it’s head down. It’s on to the next. If we win a series, OK, let’s take a few hours. Let’s enjoy this plane ride home. Let’s play some cards. Let’s nap these naps. Let’s talk our sh*t. Matter of fact, let’s have Jevon talk as loud as possible the entire flight. Let’s have him talk so loud you can hear him from the back of the plane, and probably even the next plane over. But then after that?? It’s head down. It’s on to the next.

It’s just grinding, and competing, and performing to our potential.

It’s just being where we’re expecting to be.

Last thing before I go — I want to shout out the PHOENIX part of all of this.

Because I’ve been in AZ since I was 16, man….. I’m not sure everyone realizes that. High school, then college, and now as a professional. I’ve been a part of this community for a while — and I’ve seen it all. Like, I was a fan of Book before I even became a teammate of his. I was just a kid who hooped before I ever got drafted by the Suns.

And what I’ll say about them is: They’re ride-or-die. Straight up. Never mattered if it was a down period….. Suns fans never lost hope in this team, and worked hard as hell to keep this city’s basketball culture alive. And now that we’re back in the playoffs, the support they’ve been giving us — both home AND away — has made the journey we’ve been on this season all the more special.

So if there’s one thing I wanted to end my article on, it’s just to show Phoenix that true appreciation.

This Sunday, for me, it’ll be a big day: my first Father’s Day since becoming a father myself. It’s been an amazing few months….. and I can tell you we’ve made at least one big parenting decision already: We’re raising our little dude as a Suns fan, no doubt. He’s got the gear, he’s in the colors, he’s got the baby blanket — it’s Phoenix head-to-toe on this one.

And I feel good about that.

Not just because it’s his dad’s team — but because I want him to have the best in life. I want him to get in on the ground floor, you know what I’m saying? To root for a team that’s at the START of a MOMENT….. in a city that stays loyal, and loves basketball.

I want him to watch hard work turn into great things.

Can you buy a home with Bitcoin? 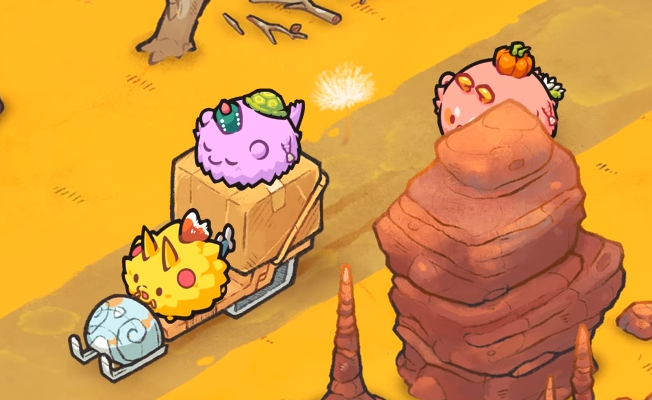 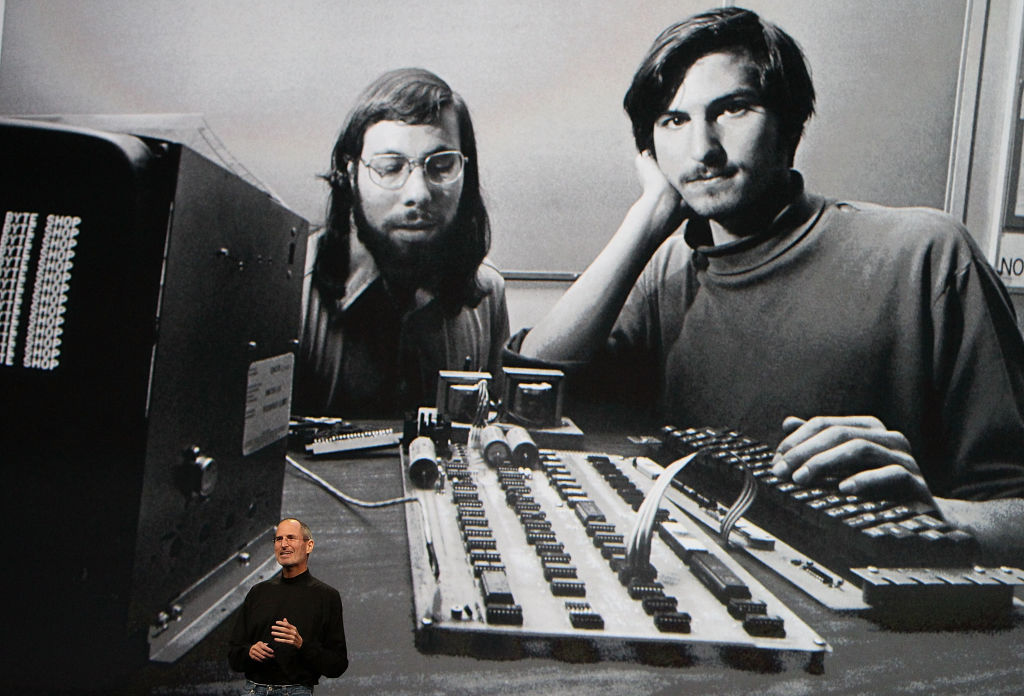